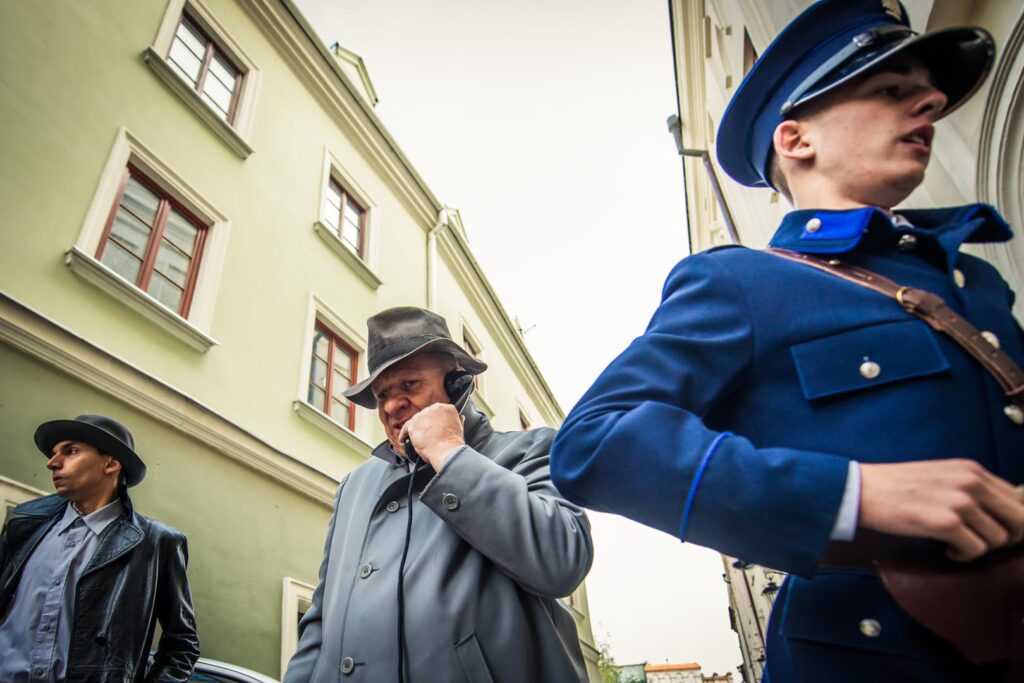 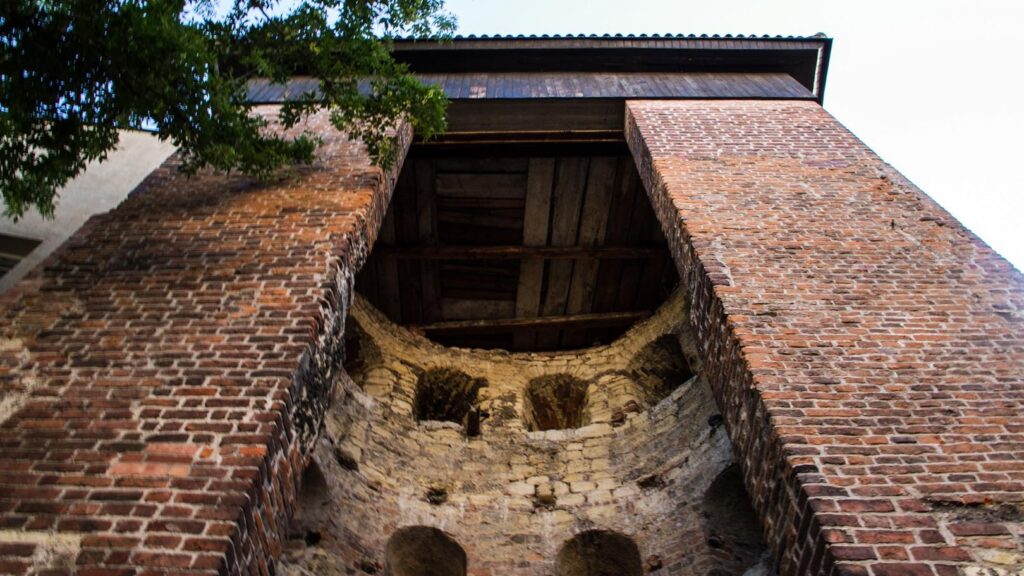 Firelight in the nooks and crannies of the tower The Semicircular Tower is one of the few preserved elements of the original city walls. Legend has it that a certain young man stole candles from it and therefore disappeared under mysterious circumstances. The Semicircular Tower has an unusual shape. It looks as if someone built […]

About Basia and Rudnicki 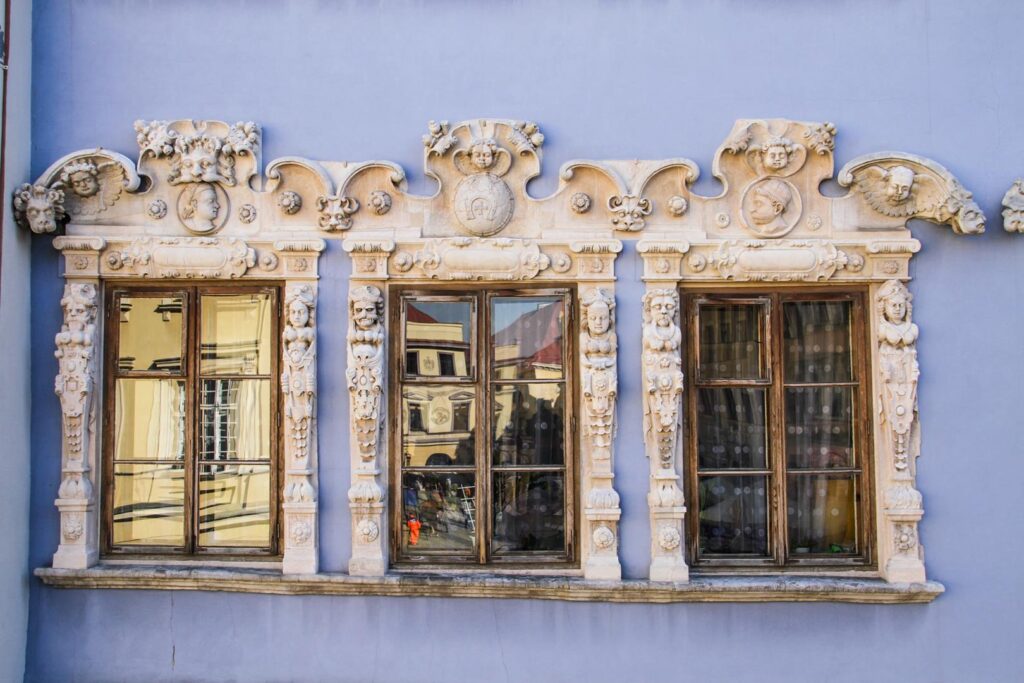 Sensational love story There was no such thing in Kozi Gród before or later! Great love and daring kidnapping at Rynek 12 have been forever in Lublin’s tradition. It was 1602. At that time, the office of the Mayor of Lublin was held by Sebastian Konopnica, one of the wealthiest inhabitants of the city. Its […] 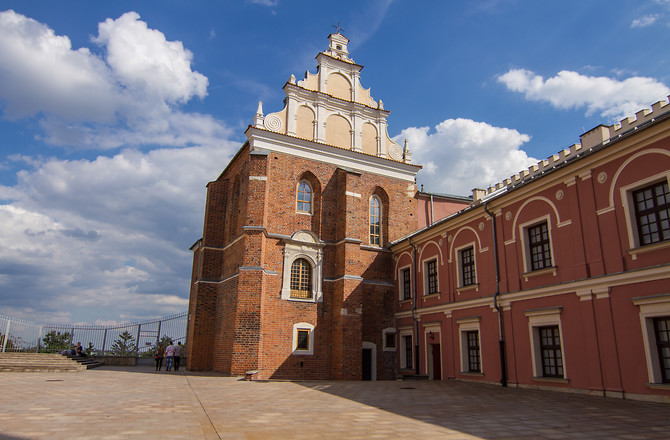 How the beautiful frescoes of the castle chapel were painted It is a legend that connects Lublin with Lutsk, a city in western Ukraine. The chapel at the Lublin Castle still remembers the times of the first Jagiellons, especially Władysław Jagiełło, who visited Lublin several times. Lublin is located in the middle of the route […] 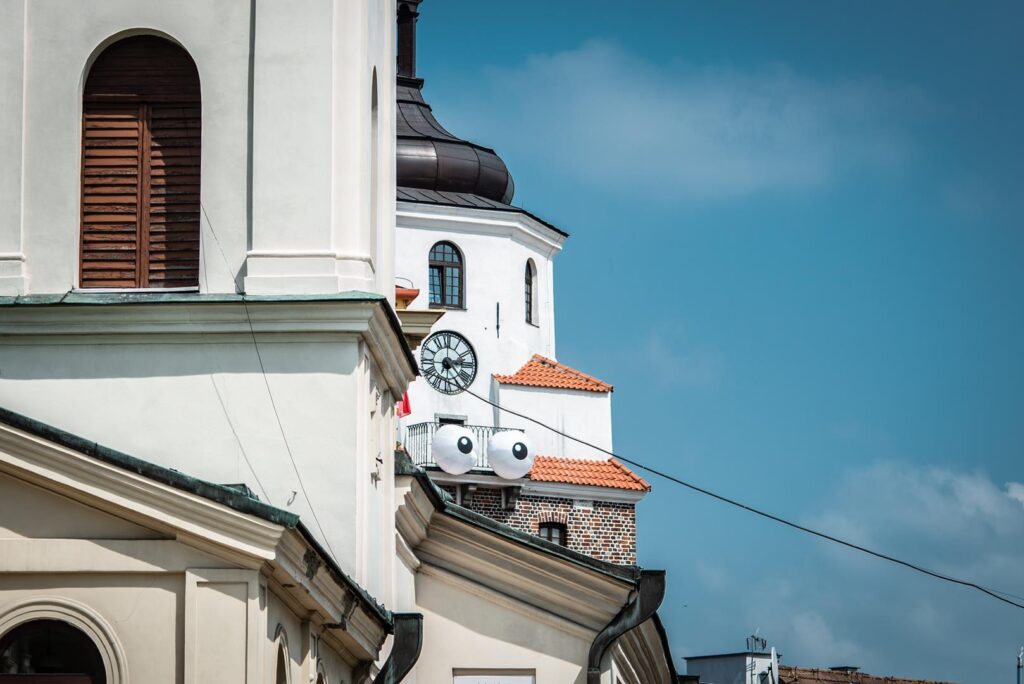 All hobbies of Mr. Lutowski The clock on the Krakowska Gate was placed together with the helmet superstructure above the Gothic gate. Since then, the building has been inhabited by a clockmaker who looked after the mechanism. One of them was supposed to be Mr. Lutowski, who messed up the clock a bit … and […]

About pancakes and the great fire 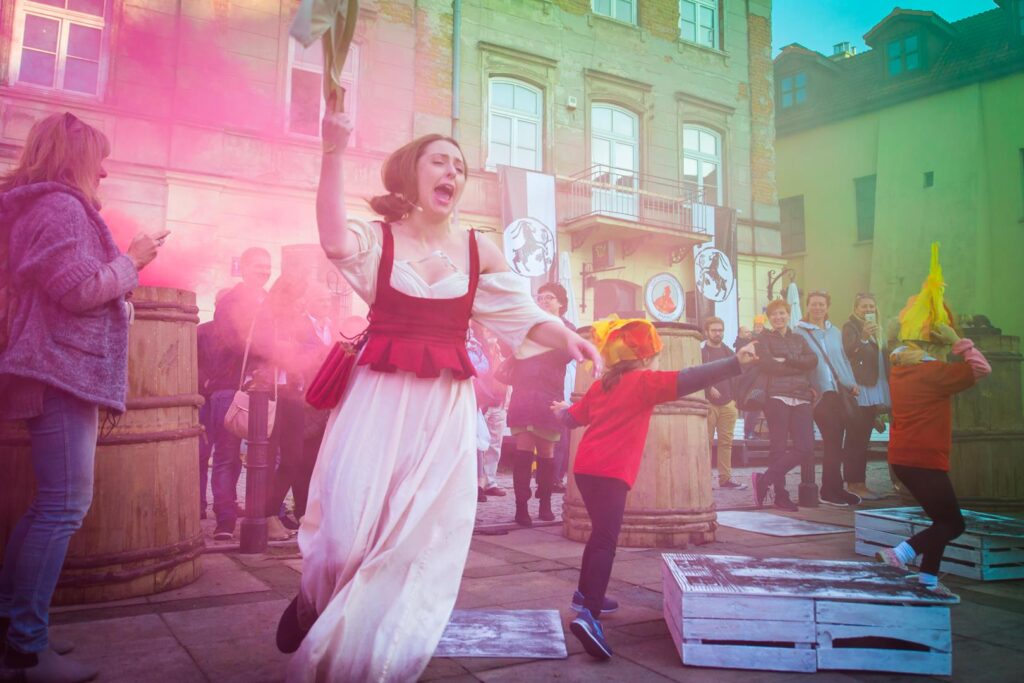 About Jadwiga who accidentally burned the city down Can you be so unlucky enough to set the whole city on fire? According to the legends, Jadwiga did. History blames her for starting the great fire that occurred on the night of May 7-8, 1575. It was the beginning of May 1575 and Lublin was teeming […] 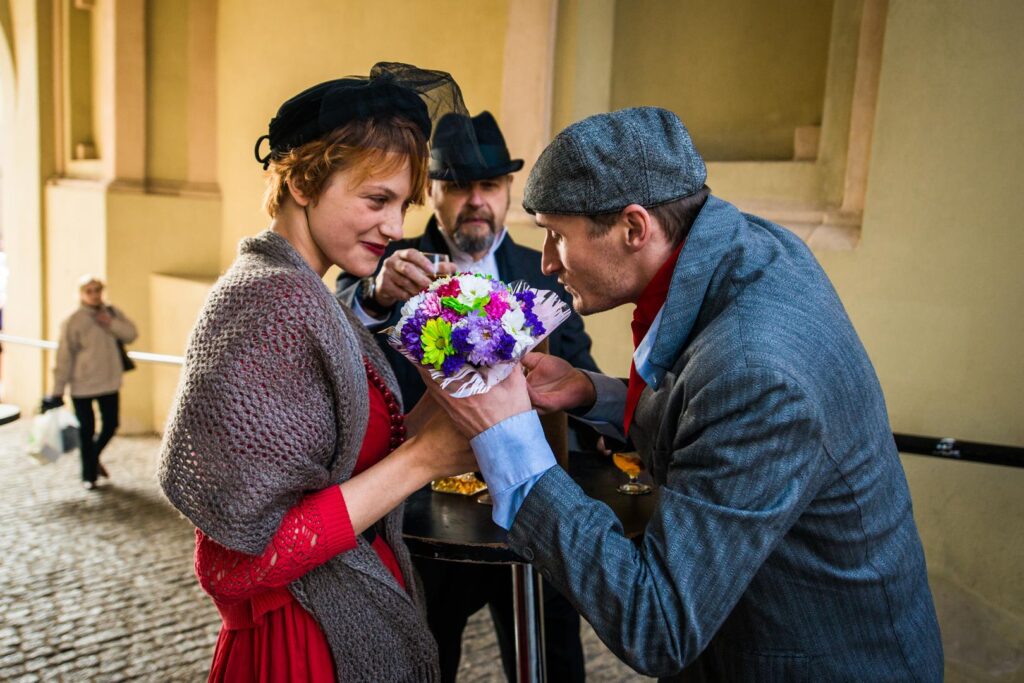 Murder on the train Beautiful, young, but pugnacious – Tamara was exactly like this. She died in tragic circumstances on the train from Lublin to Krakow. To this day, it has not been possible to explain what happened during that unfortunate trip. The Ziemia Lubelska daily of 20 March 1906 posted a disturbing note in […]

Unhappily in love True love gives you wings, and unhappy love cuts your wings. The beautiful acrobat Inez, who once visited Lublin at the impresario theater at the corner of Jezuicka and Dominikańska streets, found out about it. The summer theatre building was willingly hired for circus performances. The audience was always fully packed. Józio […] 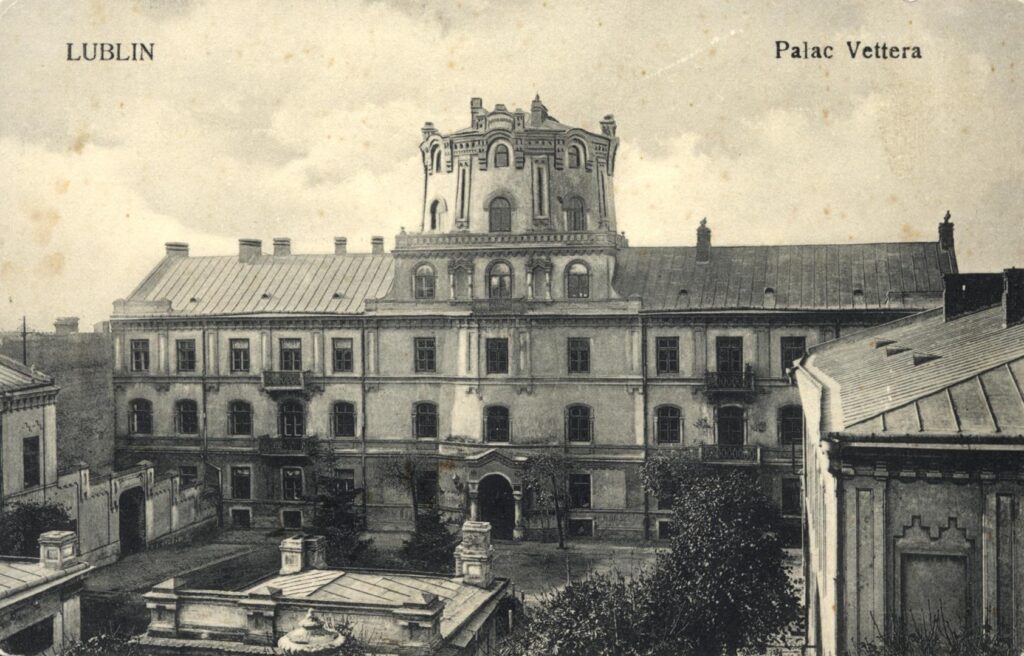 Like Boczrski with his mill Boczarski did not have a head for business. And since he had interests in his head all the time, sadly his life was over for him. When the night is moonless and windy, you’d better not take Bernardyńska Street. It is especially advisable you should walk well clear of the […] 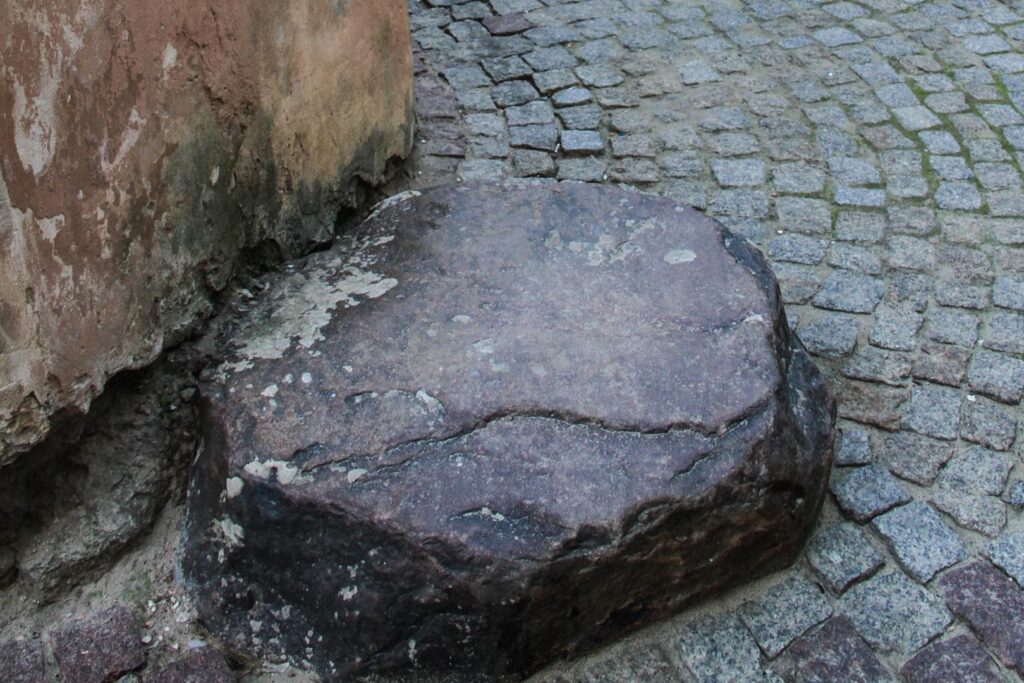 It is better not to touch this stone! Over the years, Lublin has been affected by fires, plagues and many other misfortunes. And some stone was to blame for all or at least some of this. What is intersting, it is still in the city today! One of Lublin’s curiosities is the stone of misfortune […] 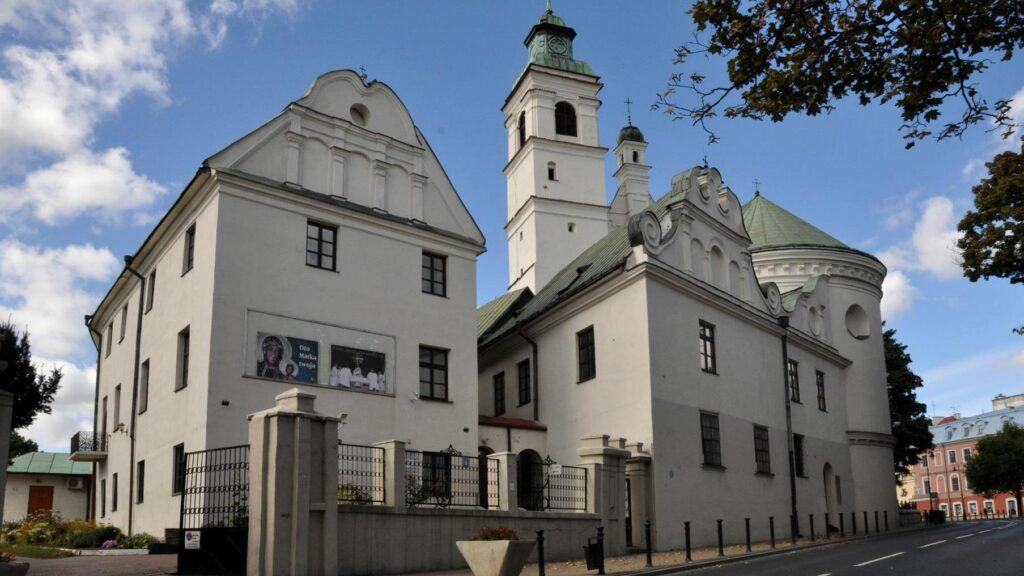 What happened one stormy night … Without this support, would the Bernardine church never have come into existence? The night was pitch-black and a rainstorm was rolling over Lublin. When yet another lightning struck, illuminating the market square with a deathly glare, it also cast light on a cart standing in front of the town […]

The story of father Ruszel 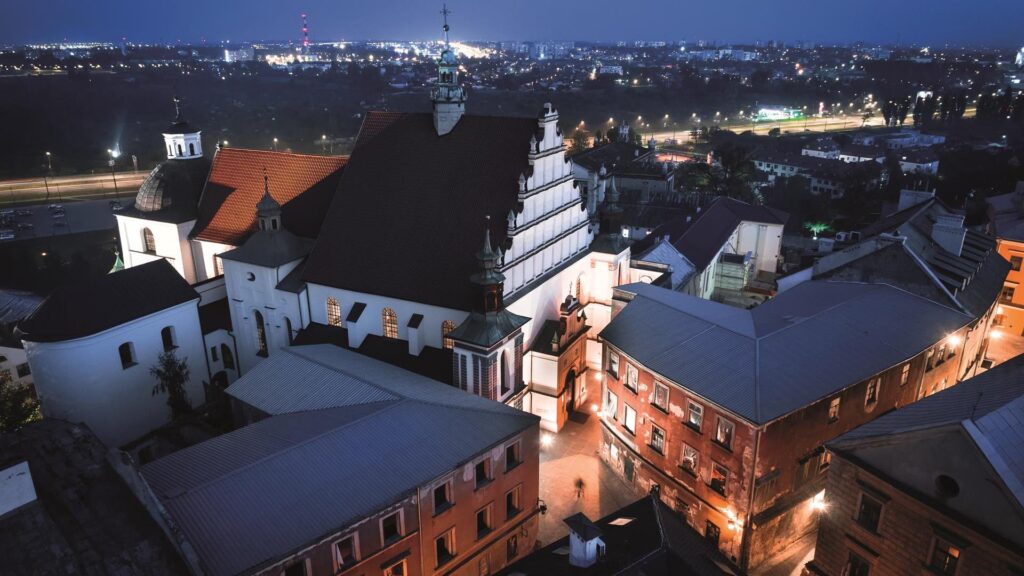 Ghost in Dominican church Father Paweł Ruszel is a historical figure. He lived at the turn of the 16th and 17th centuries.> Father Ruszel went down in history as a saintly man, promoter of the cult of the relics of the Holy Cross Tree and the Church Brotherhood of the Holy Cross. He is the […]

Miracles in the Dominican church For hundreds of years, the miraculous relics of the Tree of the Holy Cross were kept in St. Stanislaus the Bishop and Martyr. At that time, they were the cause of many miracles and fame of Lublin. The largest piece of the Holy Cross Tree in the Catholic world, kept […]

About the name of the city 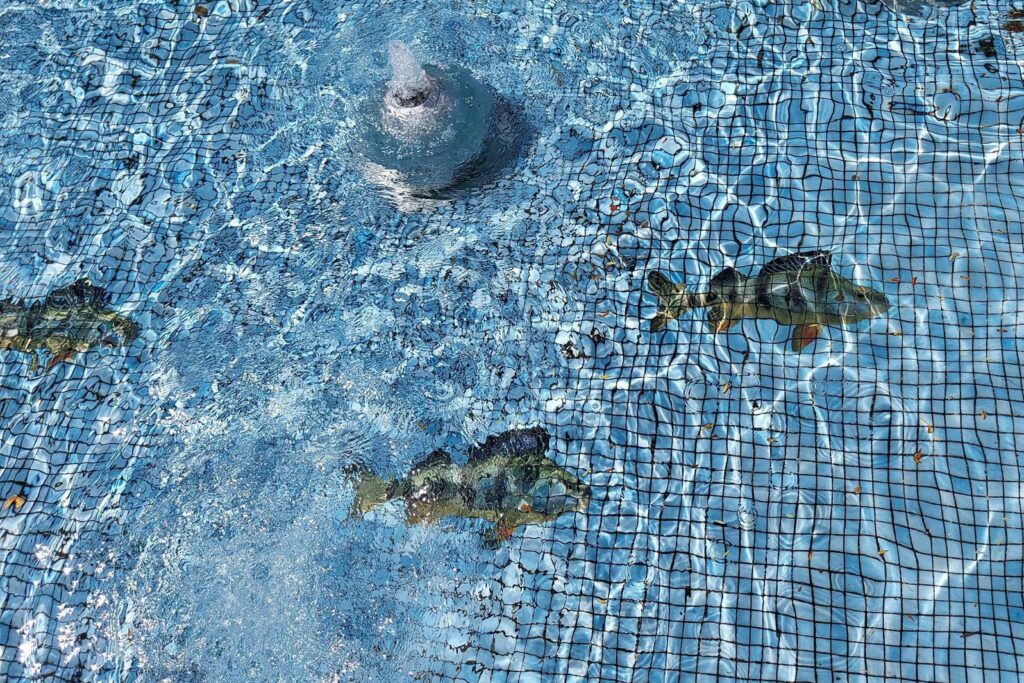 Pike or tench? The name of the city of Lublin is quite mysterious. Many etymologists have tried to find its roots. The city’s legend tries to explain the origin of the name, pointing to a rather surprising source. The sunshine was beautiful, it was May or maybe July. The surrounds of our town, which was […] 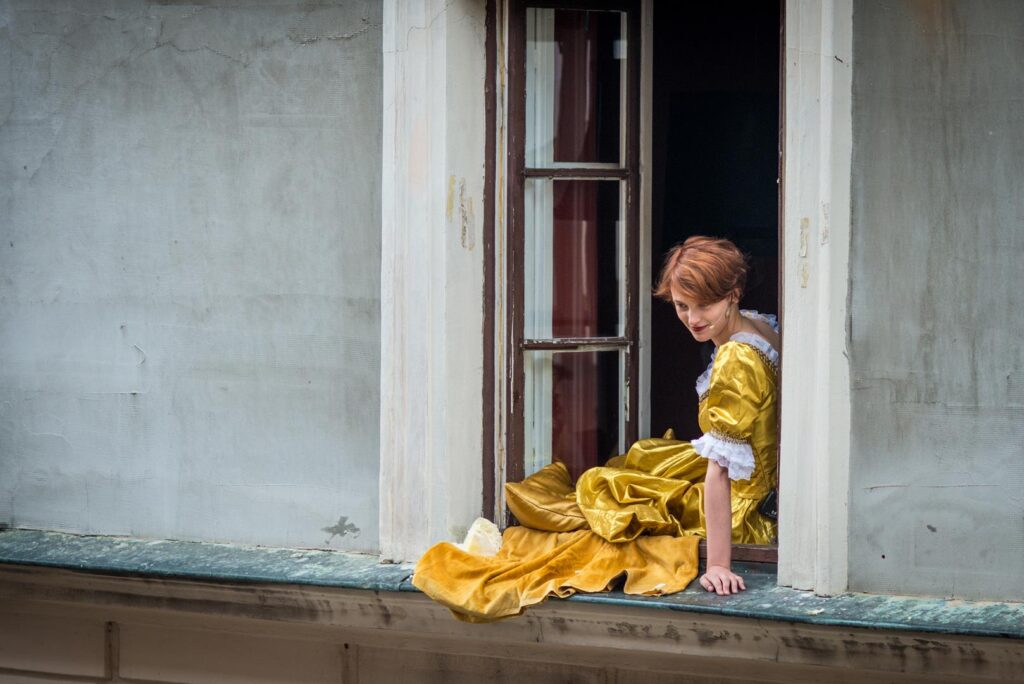 The story of beautiful townswoman Many exceptional girls have gone down in the history of Lublin. The daughter of a local goldsmith did it a rather unusual way, and the fame about her beauty spread not only around the town, but also around the whole neighborhood. Her name was probably Tereska. She got up very […] 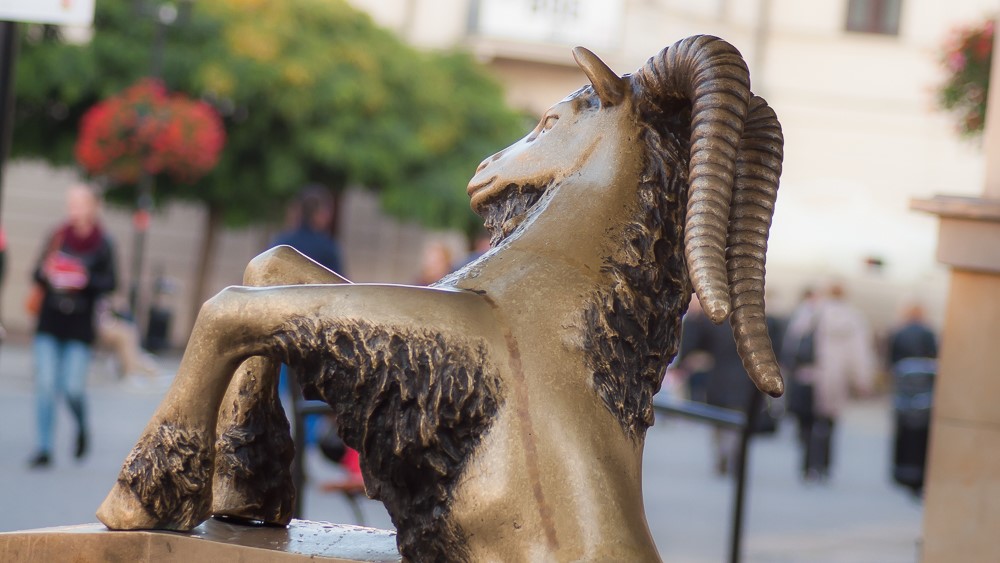 Like a goat jumped into the coat of arms Granting municipal charter to Lublin in 1317 was connected with taking further steps in building the city’s identity. One of them was the creation of the city’s coat of arms. According to the old story, the coat of arms porposed by Cracovian artist did not meet […] 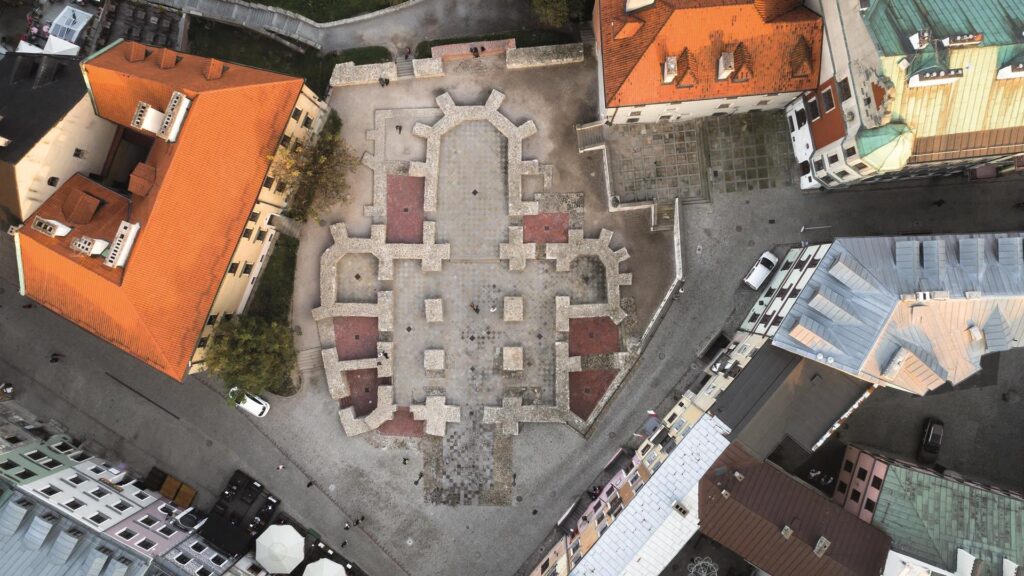 A prophetic dream of a prince under an old oak tree The thirteenth century was marked by numerous enemy invasions, especially from pagan Lithuania. Once, something extraordinary happened in Lublin. We can see the traces of it indirectly to this day. It was summer of the year 1282. Lithuanians and Yotvingians tyrannize the Lublin region. […]

About Żmij who guarded the town 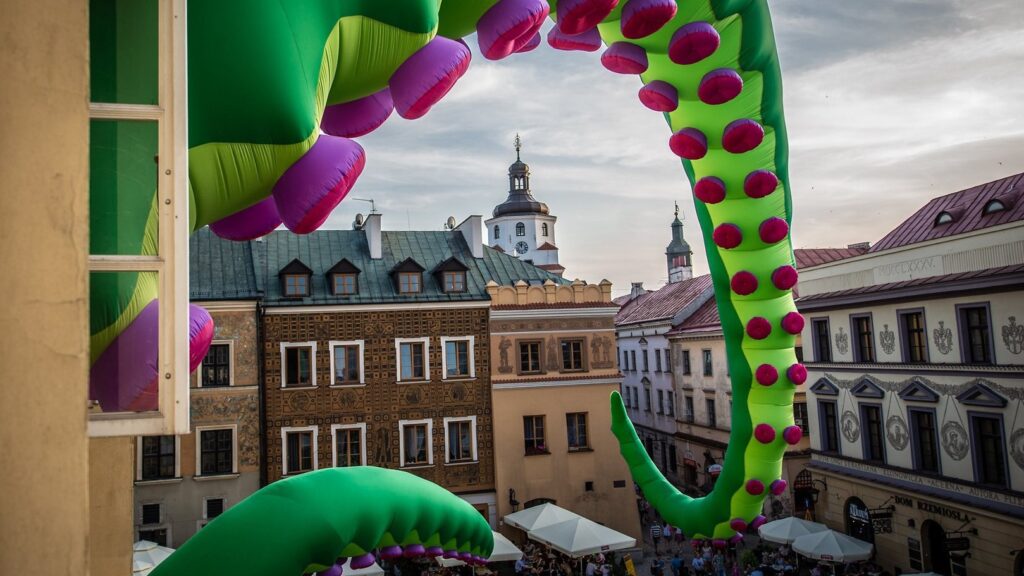 In the care of a creature For centuries, the inhabitants of towns and villages sought protection from various creatures and monsters. The dwellers of Lublin were to be looked after by Żmij – an angry, but fair creature. Once an oak grove grew on the Old Town Hill. It was inhabited by a peculiar creature. […]

About devils who passed a fairer judgement than people Lublin became the seat of the Crown Tribunal for Lesser Poland at the end of the 16th century. It was the last court instance for the nobility. And although the judges were initially supposed to apply themselves to their work, they soon became corrupted. This legend […]