The Chevra Nosim is the only synagogue in Lublin that survived the war. It originally belonged to a funeral fraternity, which was active in the city in the XIXth century despite bans by the Russian authorities, and now serves as a place of remembrance. The Memorial Chamber houses liturgical equipment and a collection of books, giving an idea of how intellectually vibrant Jewish Lublin once was. In the Chamber, there is also a plaque commemorating Poles who helped Jews during the Holocaust. 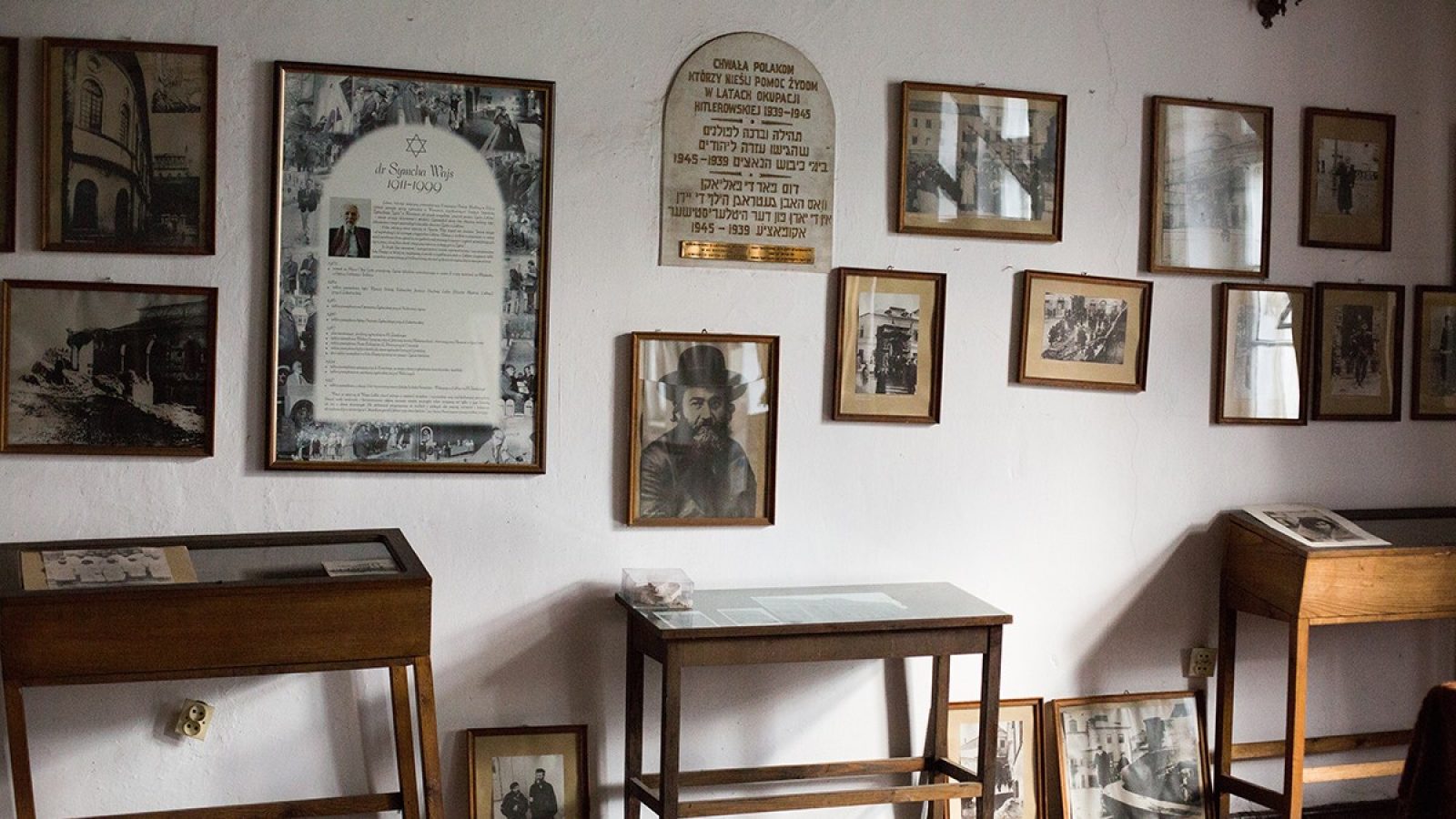