On the corner of Ewangelicka Street there is the largest Evangelical-Augsburg congregation in eastern Poland. The parish has 180 members and covers the whole Lublin Voivodship. The Holy Trinity Lutheran Church was erected between 1785 and 1788 according to the design by Friedrich August Zylchert, on the strength of a privilege granted by king Stanislaw August Poniatowski.

According to the regulations in force at the time, the temple was built at a “suitable” distance of 800 metres from the nearest Catholic church.  It is a simple, one-nave temple in classicist style, which is typical for Protestant canons.

The equipment of the church comes from Piaski Luterskie (Lublin – Zamość route), from where the parish was moved here. Noteworthy is the baroque pulpit and altar with a painting from around 1628 depicting the Last Supper and the Crucifixion. In front of the church there is a small cemetery with historic tombstones of well-known Evangelicals from Lublin. 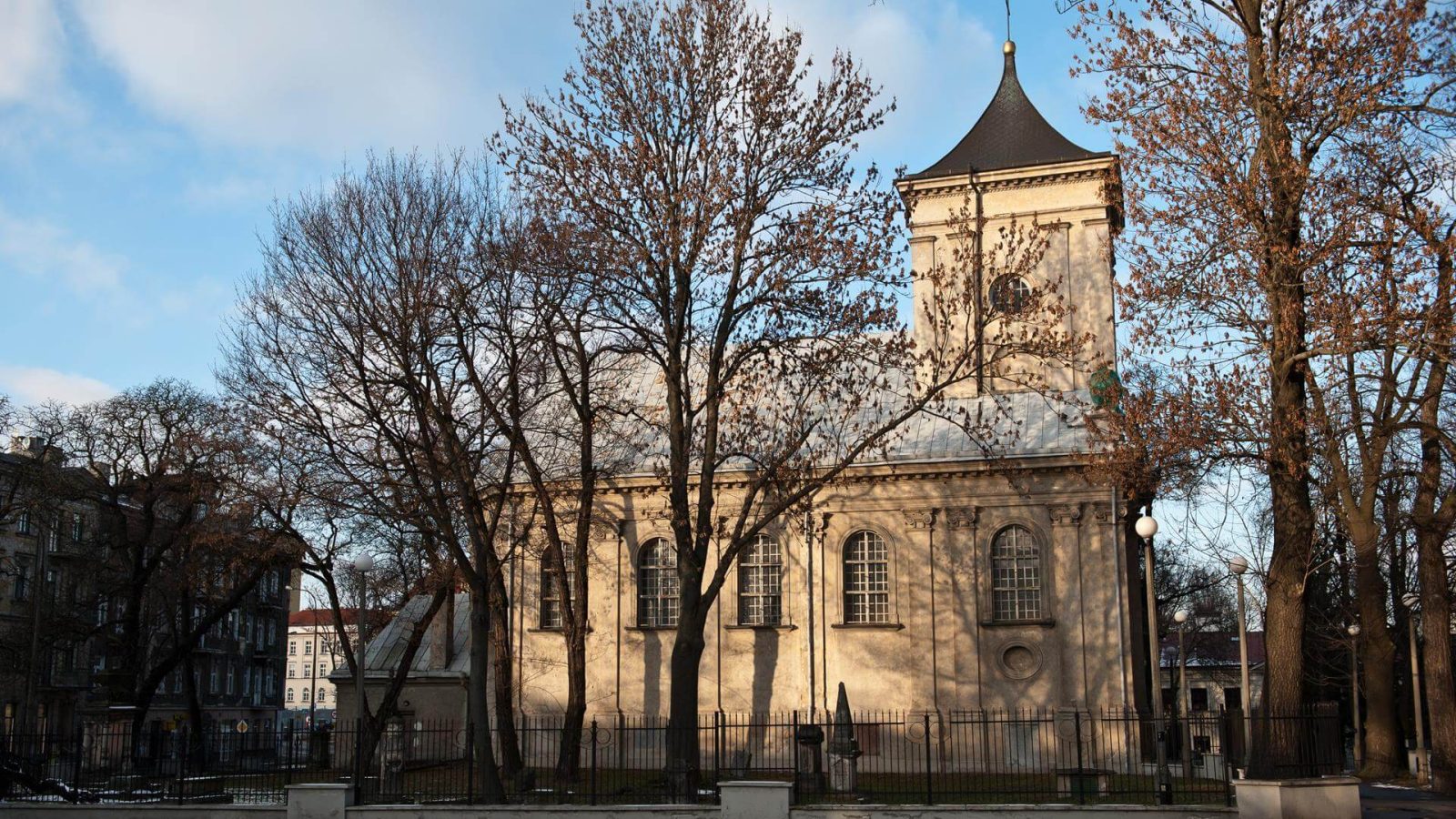