The Baroque palace was built on a rectangular plan with two alcoves on the sides facing the garden. The whole complex consists of the palace, orangery, park, and fragments of fences with gates. The French-style garden has served as a city park since 1935. In its vicinity, there is also a pond and remains of the former bridge and moat. 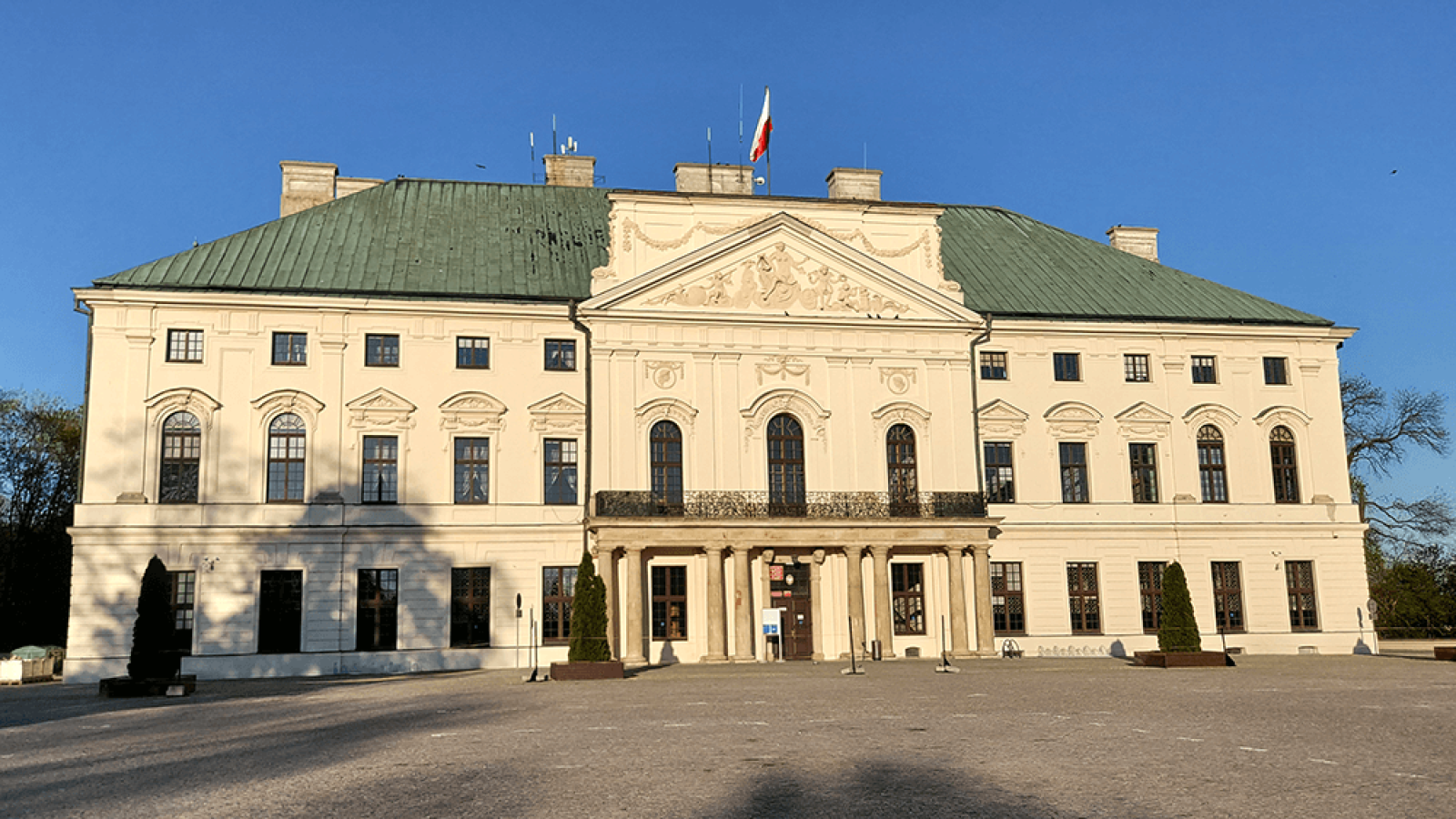