The Church of the Assumption of the Victorious Virgin Mary was built between 1412 and 1426 on the site of a chapel from 1396 for the Brigidine and Brigidine convent brought from Gdansk in 1426. The church and the monastery were founded by King Władysław Jagiełło as a votive offering for the victory on the fields of Grunwald. The church was built in the Gothic style.

Its peculiarity is the asymmetrical division of the interior into two naves. The original interior was decorated with wall paintings and covered with a flat ceiling, which was replaced around the middle of the 16th century by a Gothic cross-ribbed vault. The monastery buildings, rebuilt in the 17th century, adjoin the church from the south.

In the square next to the church there is a statue of Jan Kochanowski, moved from the Market Square. 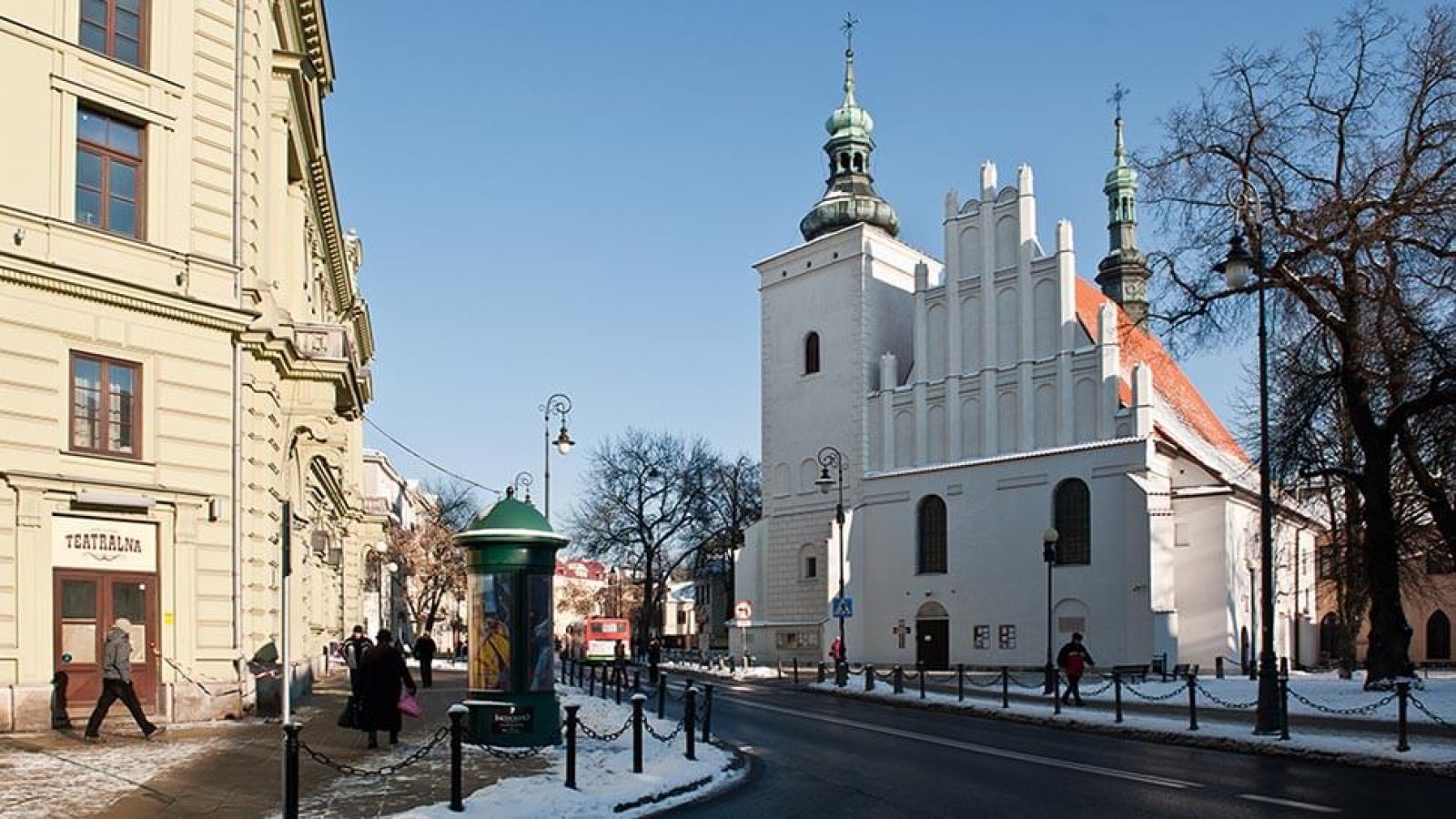