The Capuchins arrived in Lublin in 1721. In the years 1726-33, a church and monastery were built for them by the foundation of Paweł Sanguszko, later buried in the basement of the temple, and his wife Anna, née Lubomirska. The external form and decoration of both buildings was to emphasise the strict rule, according to which the monks lived. The façade is modest and harmonious, its only decoration being the pilasters and the figures of St Peter and St Paul.

A fire in 1768 destroyed the roof and the interior furnishings, which were subsequently restored. In 1857 a neo-Gothic chapel of the Immaculate Heart of Mary was added to the east side of the church, which houses a white marble statue of the Virgin Mary by W. Oleszczyński.

The interior of the church is austere, without gilding and paintings, the oak altars are not polychrome. In 1864 the Capuchins were transferred to Lomza, the monastery was used as a storehouse and the church was given to diocesan priests. The property returned to the order in 1919. 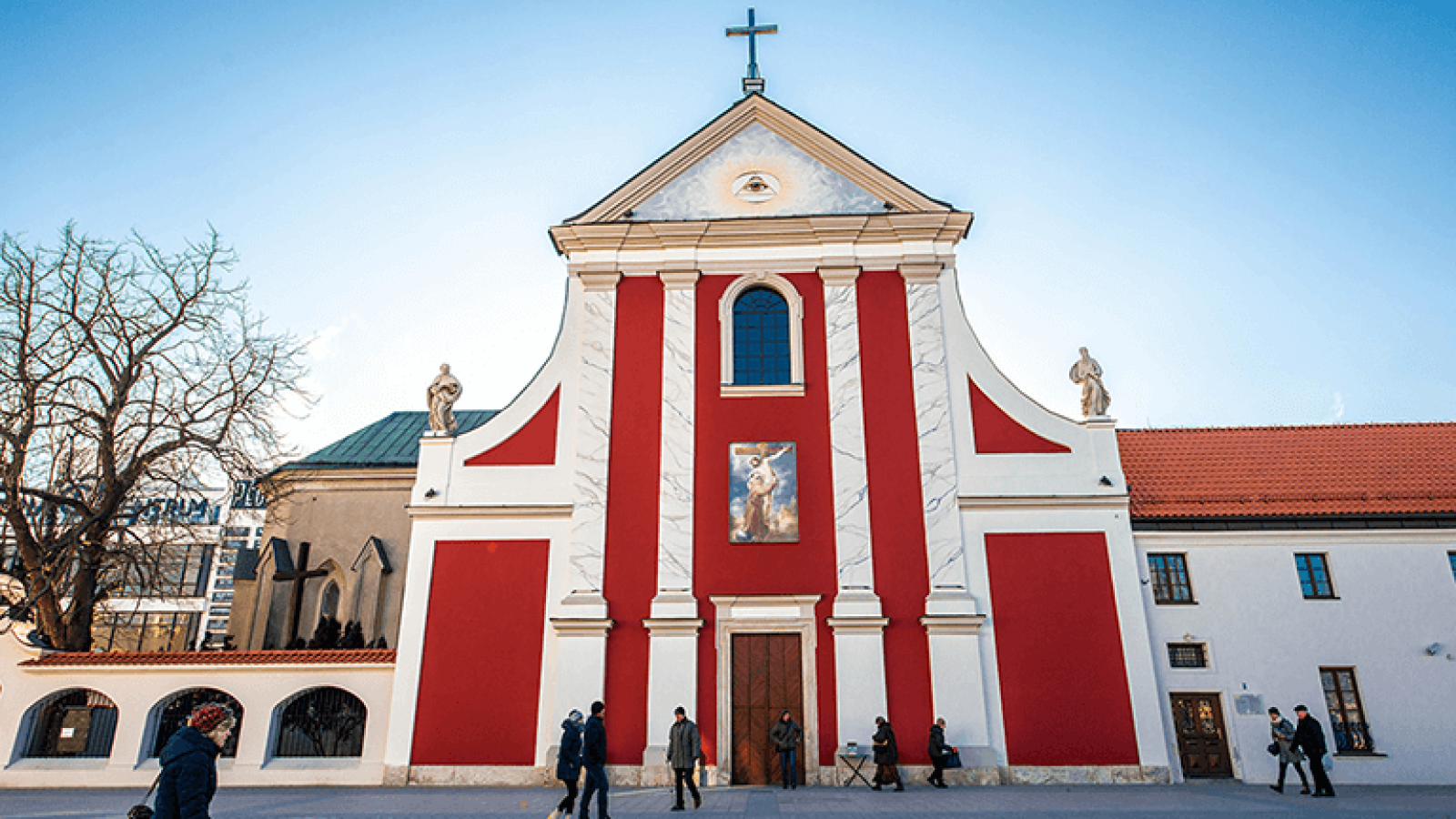